Take Care of Yourself in the Middle of the Blame Game 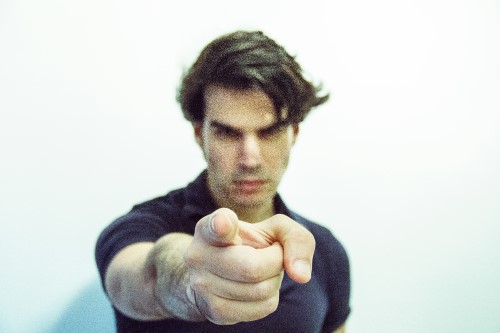 When I interviewed women for the book, From Woe to WOW: How Resilient Women Succeed at Work, a store cashier told me this story.   She cried in her basement suite for a month after she was “accused of stealing when she did not even have training on how to manage the cash register.”  She never stole a cent but was unable to balance the cash at the end of the evening.  She quit her job but never recovered from this blame game incident.

The blame game is when we blame one or more people for an error or a bothersome behavior without taking responsibility for our part, listening to the other side nor focusing on a solution.

Unfortunately, people have a tendency to blame others. We call them Blame Throwers.  Some other blame own. We can call them Blame Owners. They will accept responsibility for almost anything that goes wrong while those, such as the cashier’s boss, blame throw by faulting others.

In both cases, the knee-jerk question of, “Who is to blame?” is best replaced with, “What is the problem and how can we solve it?”

Beverly had the nasty experience of being falsely blamed.  She had always dreamed of travel but as a single-parent mom did not have the time or finances to do so.  When her son left home, she applied and was hired to teach English in Japan. While she enjoyed interacting with the children and their families, working with the school’s administration was a different story.

The conflict began almost immediately with her ex-pat Canadian boss.  Every week he called her on the carpet for something.  When she was contacted by him at her school one afternoon, she expected to be reprimanded once again.  But this time the accusations were more serious.  She was accused of not participating as a respectful team player.

She explains, “My manager expected me to answer calls from him any time of the day on any day of the week.  Taking job-related calls on my days off seemed unfair.  In this latest incident, my boss was particularly angry because he thought I hung up on him.”

Actually, Beverly’s cell phone battery had died and the conversation ended midstream.  She was unable to phone him back but that did not matter to her boss.  He was unwilling to accept her explanation and unable to excuse her. Beverly was told to meet with her boss and his supervisor, who was the regional manager at 8:30 am the next morning.

That night, Beverly could not sleep.  She felt scared and alone.  She made a phone call to Canada to access support.  Actually, she called me!She realized she could easily react in defensiveness, make counter attacks and complain about her unreasonable boss.  However, she wanted to continue working for this organization and she needed a strategy that would project a calm and rational manner.  We put a plan in place to keep her feeling confidant throughout the meeting.  Here is a summary of her plan:

She realized she could easily react in defensiveness, make counter attacks and complains about her unreasonable boss.  However, she wanted to continue working for this organization and she needed a strategy that would project a calm and rational manner.  We put a plan in place to help keep her feeling confident throughout the meeting.  Here is a summary of her plan:

In one hand hold a stone or small object that has personal meaning.  It provides a supportive anchor. Beverly had just been given a small dog charm by one of her students.  She held onto that tiny dog charm through the whole interview.  At the end, she returned it safely to her pocket.

2.  Develop an assertive line or two to say over and over:

Beverly used, “I think we’ve had a misunderstanding” and “I have done my best.”  She used these each time her boss accused her of a wrongdoing.  Not once did she counter attack or state anything negative.

3.  Look at the kindest and supportive face.  Breathe in the feeling of support:

The regional manager who also was an ex-pat Canadian was the most supportive of her during all the allegations.  There was a brief flicker in his eye when he returned alone for the final talk.  In that millisecond, Beverly knew she had succeeded.  She knew that he knew she was unfairly treated.  The tide had turned.

4.  When appropriate, ask how you can meet the other’s underlying need:

Beverly asked, “What do you suggest I do?” and “What do you suggest I do differently?”  Both Beverly’s boss and the regional manager indicated approval of these questions.  Her boss seemed to calm down as his position and status was acknowledged.  Plus, these questions required him to explain how she could improve her performance and forced him to justify his allegations.

Beverly’s plan worked.  She was steady throughout the difficult meeting.  Later, when I interviewed Beverly about this incident, she confirmed that not only had she recovered from unfounded accusations, she also affirmed her own strength and abilities.

She felt her fear yet stood her ground.  “I had to accept that people will live and act according to their own experiences and issues.  I had to be prepared for others to let me down and disappoint me but I also had to have a plan.  I realize now that it comes down to choosing my actions and reactions.”  With a laugh she added, “Darn! I had to develop both an attitude of self-acceptance for my imperfections as well as develop resiliency to overcome the accusations of imperfection.”

If ever you are caught in a blame game take these steps;

Being Blamed: It’s Hard But You Can Handle It with Grace

How to Master the Fine Art of Giving Criticism

How to Stop Your Relationship Drama  This blog/article explores the dynamics of those who habitually pay the role of victim,

How to Be Aware of the Stories We Tell Ourselves, Even at Work

How to Prepare for Workplace Mental Illness