7 Concepts to Help Get a Grip on Your Anger

In my early thirties, I realized I had a serious problem. I needed to manage my anger; indeed, I needed to get a grip on my angry outbursts. My marriage and children’s well-being were at risk. I discovered the feeling of anger is complicated. Just look at these contradictory quotations.

But I eventually made sense of this complicated emotion.  Some basic concepts, along with some additional resources at the end of the page, will help you begin to take charge of your angry reactions.

7 Concepts to Get a Grip on Your Anger

How is Anger Useful?

If we did not have the capacity to feel angry, we would not have the extra energy to take on the world’s injustices and to stay steady for what is right. Think of poverty, violence, racism and sexism. They are worthy of our healthy anger.

Suffragette means a woman who fights for the right to vote. In the 1910s women in England, America, Canada and elsewhere began to acknowledge they felt angry that they could not vote. Previously they had expressed sadness and disappointment for not being included in the political system. Feeling anger fueled their activism.

Feminists in the 1970s felt angry because they were not paid equally for equal work nor welcomed into many professions nor had a voice on many issues that affected them. Women for centuries were considered not lady like if they expressed feeling anger. This barrier disarmed them from taking action. But, as we know, much of that has changed.

MADD, Mothers Against Drunk Driving took action to prevent drinking and driving. They could have stayed in a puddle of despair–stayed feeling sad at their loss, hurt that others chose to drink, drive and then kill their loved ones or afraid that others would perish. They chose to feel angry and ignite a difference called designated driver.

Letters to the editor are often fuelled by feelings of indignation, frustration and anger. People who felt angry about the harm done to children created protection services. Properly channeled anger can right wrongs.

People misuse feeling angry when they wield power over others such as in domestic violence. Anger becomes an excuse for hurting others rather than protecting others. Let’s use our anger to right injustice and rally for peace.

If you have difficulty managing your anger, access the resources below and use a powerful anger management tool. Instructions and an Anger Log await you!

Check out these related posts:

From Blowing a Fuse to Emotional Regulation

How to Be Aware of Emotions and Use Feeling Words

Five Steps to an Authentic and Research-Based Apology
Fed Up with The Kids: How to Manage Parental Anger 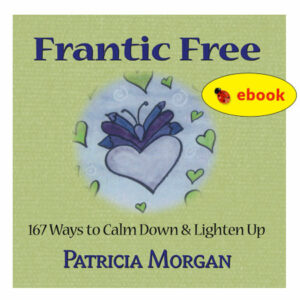 Also, consider purchasing my little stress management program, the Canadian Best Seller, Frantic Free,  167 Ways to Calm Down and Lighten Up. Only $2.95 in e-book format.

Post Views: 892
Book Review: From Woe to WOW by The Advocate Book Summary: Change Your Brain, Change Your Life