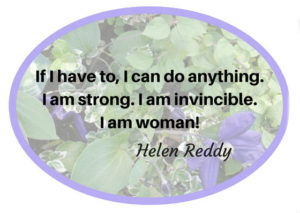 I remember it well.  When I was 21 I had my first job interview after marrying my long-time sweetheart and moving to the city of his workplace. I had applied for a position with the city as an Early Childhood Educator. The interview was held in a city hall board room by a committee of officious men who referred to the position as daycare worker. Side bar: the term is childcare; the day does not need care. Here are some of their questions:

I felt confused and belittled. I interrupted the litany of questions to ask, “Why are you asking me about my husband? Are you going to ask me about my work with children?” Then the biggest, puffiest of them all stood up and announced, “Gentlemen, I think this interview is over.”

That is when that naive, from the back-country, young woman cried and pleaded, “Please interview me. I’ll answer your questions.” We needed the money. I left city hall crumpled.

Years later, I realized those men were not prepared, informed nor qualified to interview me or anyone else providing human services. To be empathetic, they were as much out of their depth as I was.  Lastly, I realized that was my first adult experience of sexism.

Its purpose is to bring attention to the lack of representation and human rights available to women around the world. Elenor Roosevelt was partially responsible for bringing the celebration to North America.  Maybe ‘celebration’ is not the correct word. ‘Day of Acknowledgment’ seems more apt. Each year on March 8 women gather to acknowledge how far we have come in our protection, rights, inclusiveness and equality. We also acknowledge the work that needs to be done.

One of my favorite presentations to deliver to a room filled with women of all ages is Wondrous Western Women. It includes the story of the Famous5, the women who changed history in the British Empire by challenging the English law that women were non-persons. It also explores the progress of women having the right to own property, to be employed while being married and to have the right to vote. Yes, we’ve come a long way, baby!

Astonishingly, some people question whether feminism and International Women’s Day have become redundant. Is it really worth the bother? Men in Canada and elsewhere are cradling babies, changing diapers and taking paternity leave. Women are represented in most professional fields and many younger women are reluctant to use the F word—feminist. Not, me! I and many more still have our sleeves rolled up.

Women Are Still Behind

Millions of women and girls are forced into child-bride marriages or the sex industry. More have no access to education or political representation. In many war-torn countries, they are raped. The list goes on. My friend Linda Edgecombe became involved in Nepal where, according to UNESCO, over twenty thousand girls seven to sixteen years of age are in slavery (child contract labor). Linda sells scarfs at her speaking engagements to raise money to give scholarships to Nepalese girls so that they can attend school. Please read about Linda’s Nepal Project, Her International.

Amnesty International has an excellent record of working towards human rights for all. Les and I belong to Amnesty Canada.

The stories of sexual predators such as Jian Ghomeshi, Bill Cosby, and Jeffery Epstein are frightening. There are more men than Cosby who drop drugs into women’s drinks. Then there are football teams who think it good sport to gang rape their fellow students.  And, of course, the 2016 and 2020 US elections were fraught with deplorable name-calling of women.

Now that women have more freedoms, why are they not stepping up to leadership roles?

Some of the barriers to women running for political positions include, not only sexism which includes threat of violence and harassment,  but lack of mentors and encouragement, limited finances to campaign, and family unfriendly workplaces. Catherine Ford, former editor of the Calgary Herald made it clear, “It is unrealistic to expect women en masse to run for positions when there is inadequate child care!”

To support women’s participation in Canada’s governance at all levels (municipal, provincial and federal), take a look at Equal Voice and Status of Women, Canada.

Women leaders are even more scarce at corporate board tables.

Obviously the barriers to women rising to top positions in business are similar or more deterring than entering the political arena.

Under My Nose: Under Your Nose

When  I presented in a small community  I met a woman who could not afford to spend $8 to purchase my mini-book, Frantic Free. She had recently left an abusive relationship, moved her children to a safe place and was trying to rebuild her life.

Also during that weekend, I was told the story of the aftermath of a youth hockey match. A team comprising of girls won against a team of mostly boys (one girl is on the boys’ team). The coach of the losing team had forewarned the youngsters that if the girls’ team won, the boys would be required to wear tutus to the next game. Parents and coaches, who protested this blatant sexism, were told they should lighten up.

Don’t act like a girl is an affront to females & teaches boys to disrespect girls & women. Patricia Morgan

I agree with the disgruntled parents. I feel surprised that this threat is not considered an ethical violation by the governing hockey league. The boys’ punishment for losing was to be treated like girls (have to wear tutus). When adults make comments such as ” You are acting like a girl” they give the message that there is something very wrong with being a girl. In contrast, many girls walk and run with pride saying, “I am a Tom Boy!”

As long as being like a girl is considered less than, we have a sexism issue. The underlying message of girls and women being less than is more subtle than the old fashioned comments of dumb blondes and stupid females.

Yet, we need to be on guard for these subtleties. In addition, the girls in these types of situations are given the message that if they win, the boys, will be punished. Heaven help us if we go back to girls acting sweet and nice to please the boys.

For these and many more reasons I remain a feminist!

Have I Told You I Remain a Feminist? from Patricia Morgan, Solutions for Resilience

What We Can Do

We need to support international initiatives such as International Women’s Day to add our number in protest of the denigration of women. We need to encourage women to not always be supporters but to accept support to walk and talk in their strength.

As Helen Reddy’s song goes:
If I have to, I can do anything
I am invincible
I am woman!

I rest my case. If you value girls and women, then International Women’s Day is worth the bother!

Please, check out these related blogs:

Have I Told You I Remain A Feminist?
How Do You Answer, “Are You a Feminist?”