Have I Told You I Remain A Feminist? 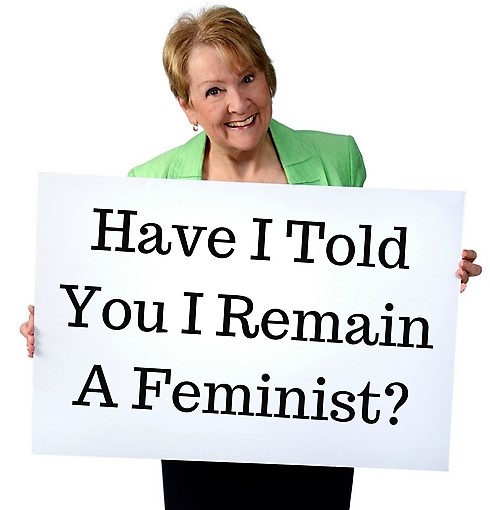 A number of years ago, I created a little slide-show called, Have I Told You I Remain A Feminist?  At that time numerous people told me, “But the feminist movement is over”.  Those who seemed surprised by the word were curious enough to ask, “What is feminism?”

From my years working in women’s shelters, I know some women would be better off if they did leave their husbands, practice witchcraft, destroy capitalism, and become lesbians. I know many feminists, including lesbians, and none of them have killed their children. I have heard of the rare woman with an extreme mental health problem and little or no support, who has. May we have compassion! Feminism, the struggle to be treated fairly with equal rights at work, home, community and country is a long one.

To grasp the disrespect and abuse of women in England before they had the right to vote in 1928, arrange to watch the movie, Suffragette.

Nelly McClung and other Canadian suffragette’s helped access women’s right to vote. The right to vote was granted in 1916 in British Columbia, Alberta, Saskatchewan, Manitoba. It was granted in 1917 in Ontario, in 1918 in Nova Scotia, in 1919 in New Brunswick, in 1922 in Prince Edward Island, and in 1940 in Quebec.

The Suffragettes were followed by the 1960 – 1980’s Feminist Movement that fought for equals rights for women. The American feminist leader, Gloria Steinem wrote thought provoking articles such as “If Men Could Menstruate” and “What if Freud Were Phyllis?”  One of her most quoted remarks was A woman without a man is like a fish without a bicycle. Her book Revolution From Within: A Book of Self Esteem, provides insights into the personal aspects of feminism.

Some of Canada’s best known feminist voices include the Indigenous, songwriter, singer, Buffy Sainte-Marie; the human right to water activist and author, Maude Barlow; the once mayor of Ottawa, Charlotte Whitton, and  our Prime Minister, Justin Trudeau. Yes, he was named a feminist man!

Now we have the MeToo, TimesUp and HeForShe movements. The end of sexual harassment has become the rallying cry for feminism today; a louder, flashier, and more demanding feminism than we have had for years.

Movie stars are featured in the press. But women’s rights, which are simply human rights issues, continue. Here are my reasons for continuing to call myself a feminist.

Have I Told You I Remain A Feminist?

As long as I hear a boy being scorned with the phrase, “Don’t act like a girl,” I remain a feminist.
Because as long as people believe being female is somehow less-than, we need to educate.

As long as I hear a woman being asked, “Is the boss at home?” I remain a feminist.
Because as long as people still believe females require a boss, we need to educate.

As long as I hear a man practice hospitality by saying, “My girl will get you a coffee,” I remain a feminist.
Because as long as there are men in the workplace who believe their female colleagues are merely ‘girls,’ we need to educate.

As long as anyone is still thinking, “She should have shut her mouth. That’s why I punched her,” I remain a feminist.
Because as long as this world requires women’s shelters, we need to educate.

As long as sexualized images of women are displayed in workplaces or fantasized via the internet, I remain a feminist.
Because as long as there are people who objectify women’s bodies, we need to educate.

While there are cultures where women are forced to hide their faces, silence their voices, be circumcised, sold into the sex trade, or married off against their will, I remain a feminist.
Because as long as there are societies that propagate female oppression, we must educate.

While there are still places where females have been denied the right to vote, hold office or be educated, I remain a feminist.
Because as long as women are not given equal opportunity, we need to educate.

Note: If you would like to see my slide show, Have I Told You I Remain A Feminist, with impactful images, merely click here!

How Do You Answer, “Are You a Feminist?”
Why Bother with International Women’s Day?

Know How to Boost Your Resilience: Assess Your Protective Factors A List of 30 Uplifting and Optimistic Thoughts

Why and How Distressed Women Tend and Befriend