Women Dealing with Conflict in the Workplace 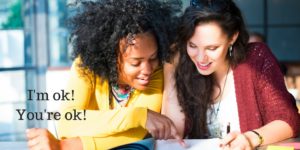 Let us start with, What is conflict?  The Merriam-Webster dictionary defines conflict as mental struggle resulting from incompatible or opposing needs, drives, wishes, or external or internal demands.  Sometimes that mental struggle can manifest into a physical form ranging from domestic abuse to war. Regrettably, much of it starts for women as conflict in the workplace.

When I worked as a facilitator at The Contemporary Woman project, the topic of Conflict Resolution was included in the curriculum.  My colleagues smiled in my direction as I was the model of a woman who felt fear at the thought of conflicted situations. It took concentration and courage to stand my ground.  My uneasiness with conflict provided our participants with comfort and hope while it gave me an opportunity to strengthen my grit.

My co-facilitators were experienced and powerful women.  Pamela is now a Human Rights Educator with the Alberta Civil Liberties Research Centre and Martha acquired a Masters Degree in Peace, training with the likes of Jimmy Carter.  I learned much from these incredible women.

When I hear that two people who spend significant amounts of time with one another never disagree, I wonder who is not speaking up and has become invisible.  Conflict is inevitable and a basically healthy aspect of most relationships. Women traditionally default on the assertiveness scale to acting passively. There are some who default to aggressive.

Bullying expert, Barbara Coloroso, differentiates between healthy conflict and deliberate, abusive behavior where power is unequal and certain people or populations are targeted.  Conflict resolution is dependent on willing parties.

While researching for my book, From Woe to WOW: How Resilient Women Succeed at Work 16 survey respondents described the conflict with their co-workers, 10 with their managers and 10 managers described it in relation to their job responsibilities. Plus, 29 respondents reported struggling with clients’ behaviors. Others reported struggling with divorce, workplace criticism and micro-managing from bosses.

Here are some answers respondents gave to the question, What has been your worst workplace experience?

Women commented on their relationship with co-workers:

Women commented on conflict with managers:

Managers commented on conflict with employees:

When conflict raises its head, you have four choices in deciding how to handle it:

When we put on our wise women hearts and heads we know conflict can be better resolved if we believe when I’m okay and you’re okay, we work it out.

Dealing with inappropriate behavior and negotiating improvements takes honesty and willingness. While it takes all parties to agree to a solution, it takes only one to ruin it.  Consequently, there are no guarantees of resolution.  However, the potential result of reduced stress, fear, unpleasant surprises, increased peace, and improved connections make resolving conflict in with workplace well worth the effort. Go to the links below if you are ready to try some conflict management strategies.

Signs of Micromanagement and What To Do About It

Discover How Humor for Women Differs from Men’s