You Can Bounce Back From Lying, Deception, and Cheating 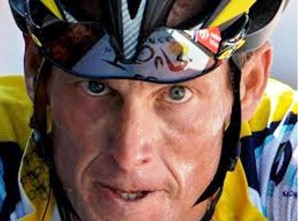 The headlines were filled with cycling champion, Lance Armstrong’s lying, deception, and cheating.  In an interview with Oprah Winfrey (televised January 17, 2013) he said, “I went and looked up the definition of cheat . . . the definition is to gain an advantage on a rival or foe. I did not view it that way.  I viewed it as a level playing field.”

The Consequences of Lying and Deception

Regardless of his definition and how he viewed it, Lance Armstrong lied, deceived the judges, and cheated. He violated the trust of millions who supported his charity, LiveStrong Foundation.  Many of them felt hurt, betrayed, and disgusted. Some threw daggers and threats Armstrong’s way. He was globally judged and shamed as A Liar! I have been with people suicidal for far smaller deceptions.

The bigger the cheat and lie, the bigger the consequences—financially, socially, and emotionally. In order to recover, Armstrong will need to work on strengthening his resilience. He will probably never be allowed to bounce back on a bicycle saddle during any future and official races.

Most of us have cheated, lied, deceived or betrayed someone.  However, you probably have not used performance enhancing drugs to win the Tour de France. Yet, I encourage you to consider these statistics and definitions from the Merriam-Webster Dictionary.

And if that isn’t enough to convince you, Pamela Meyer, author of Liespotting, estimates that, on average, we are lied to from 10 to 200 times daily.

Lying and cheating can range from minor transgressions such as cheating at Monopoly to big time scams such as sophisticated PonziSchemes.

Bounce Back from Lying, Deception, and Cheating

To live with ethical integrity, we want to avoid the temptation to participate in deception despite the perceived gain.  The effort to fully bounce back after a major cheat is exhausting.

Armstrong can, however, bounce back, to regain his sense of dignity and peace . . . and it will take significant time, soul searching and making amends to do that.  In a second interview with  Oprah Winfrey (televised January 18, 2013), he confirmed that he received counselling. Good on him, for reaching out for support, guidance and help.

When we give in to the temptation to cheat, lie, deceive or betray, let us muster up some self-compassion and self-forgiveness.  What would it be like if we imagined being Lance Armstrong’s compassionate therapist? If he had an effective one, it was probably his first step to bouncing back to a healthy, honest and meaningful life.

There is much shame involved which will require revealing the lies, making amends, and forgiving yourself. If Lance Armstrong can, so can you!

Please check out these related blogs/articles:

The Key to Emotional Freedom is Putting Forgiveness into Action
Five Steps to an Authentic and Research Based Apology
Book Summary: Self-Compassion: Stop Beating Yourself Up and Leave Insecurity Behind

Post Views: 150
Inspiring Spiritual Quotes to Enrich Your Life How to Influence Your Child’s Lying

How To Be More Resilient: Explore Your Childhood Wounds!

Research to Resilience to COVID-19